A multimedia artist and frequent streamer, Phil is in the heart of creating a beautiful UE4 cinematic, "House In The Hollow.”

Directly in front of the main manor house is a large pond filled with waterlily and overgrown with plants.

The main entrance to the manor house doorway is framed by lead light windows and two large stone urns.

The large main staircase leads up to the manor house second level via a smaller central stairway.

At the far end of the meditation room is a large bay window with cushions and padded seating area.

The house is surrounded by large trees and a fenced iron and stone garden bed running around the entire building. 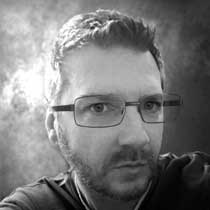 Phillip has held a number of senior management positions in the design and 3D industries over the past fifteen years.

His oversight and involvement with the management and creation process for all projects the studio produces, ensures all content is delivered to the highest quality level.

He is the Creative Director for the Studio with ‘The House In The Hollow’, the current project in production.

He came to the Arch Viz industry via a 3D asset outsourcing and services company, where he was Lead 3D Artist producing content for the games industry.

Prior to working in asset outsourcing, he was a Senior Artist at THQ Studios.

Get the latest news delivered!

Your first name and an email address are required.

Our Artists and Designers have several years experience working with the Unreal Engine on high-profile video games and projects for prestigious publishers and development studios.

Creativity is at the core of what we do, and we place strong emphasis on creating memorable gaming experiences for the player.